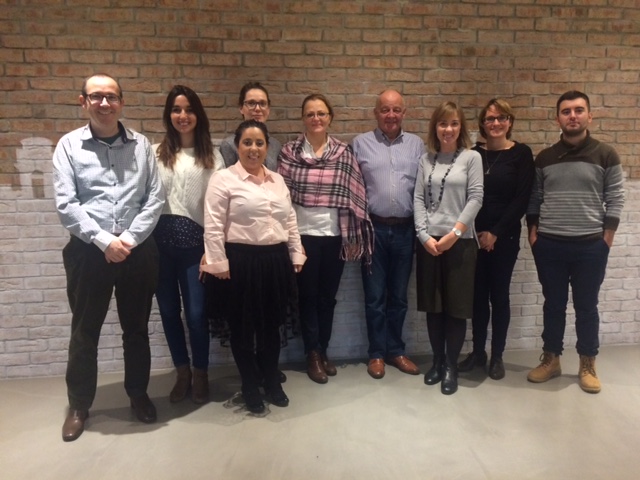 We had our first partner meeting in Berlin, Germany, on the 1st and 2nd of December 2016. The four partner organisations from Lithuania, Spain, Romania and Germany met in the capital city to discuss the first steps of the project, that include national surveys, the creation of the blended learning curriculum and dissemination.

The project Senior@DigiWorld is only in its first phase but the consortium is already enthusiastic about it. During the meeting, that was hosted by Stiftung Digitale Chancen, the four partner organizations paved the way for the course of the project and discussed what is going to happen in the next months. A big part of the work will be to address multipliers that work with senior citizens as the target group of the project. A survey will be conducted in order to assess if and how the multipliers use tablet computers and what knowledge they would like to acquire regarding these devices and the many functions they have. The survey will be carried out on national levels in Spain, Romania, Lithuania and Germany.